Wrestlemania 34 Spotlight: The Miz vs Finn Balor vs Seth Rollins 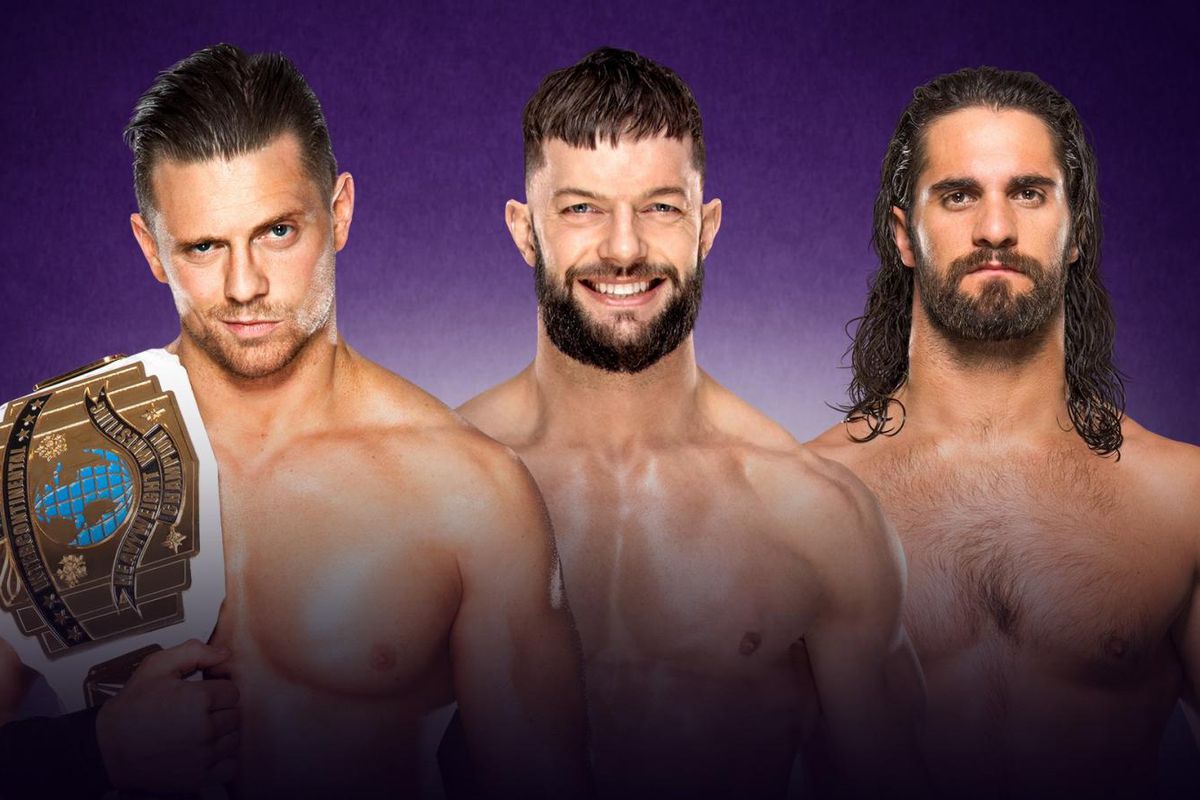 We have no more Raws before Wrestlemania! We’re getting closer all the time people! So with the final build almost over, it’s time for one more Spotlight. This time round I’m looking at another title match: the Intercontinental Championship triple threat match that sees The Miz defending his title against Seth Rollins and Finn Balor.

First off, I’m excited for this match. These three are all extremely capable performers, I wouldn’t mind whoever won, and they’ve done it before. Literally. This exact match. Just short of a year ago. And it was great. So I have full faith they can do it again on the grandest stage of them all.

So the issues between Miz and Rollins can I suppose be traced back to The Shield’s temporary reunion towards the end of last year. And conflict between The Miz and Finn Balor can be traced back to Payback last year, when Balor was a guest on MizTV. Of course, Balor and Rollins have significant history, having competed to crown the first ever Universal Champion.

But I expect that to be the story of the match. Miz will try to run and hide because he doesn’t feel like he’s on their level, despite his massive ego. When he does try to interject himself into the equation, Balor and Rollins will send him running. Balor and Rollins will have a competitive match while Miz is on the outside, without being able to put the other away. The Miztourage will try to interfere on Miz’s behalf.

But the important part, who gets the win, is a little more difficult to predict. I see the match essentially boiling down to Balor & Rollins being so focused on proving they are the better man to each other, that they forget about Miz and allow the champion to come back into the match.

Will that be enough for The Miz to escape with his championship? I’m not sure. The fact that he has lost to both of his opponents in recent weeks without getting his wins back actually suggests to me that he has a good shot. It makes him seem like all the more of a cheap champion, which is the perfect fit for his character.

Who actually needs the title most? That’s another tricky one, because I really don’t know where these three will end up after the presumed Superstar Shake-Up post-Wrestlemania. And even then that might not help, because last year the Intercontinental Championship and the United States Championship swapped brands.

On one hand, Seth Rollins could really use a change of scenery. He could become the face of SmackDown, whereas on Raw he would forever be under the shadow of Roman Reigns and Braun Strowman. I see him taking on a similar role to Edge during the original brand extension. But with that in mind, it may be a better move for him to actually not win the title on Sunday, and be elevated past the mid-card with the brand swap.

On the other, holding a title will keep him relevant. The main risk for him on Raw post-Mania is getting lost in the shuffle with Reigns, Strowman, talent moved over from SmackDown and talent moving up from NXT. If he’s the Intercontinental Champion, he will be a featured talent on a regular basis, just not the top guy.

Finn Balor is another one who could get lost in the shuffle, but he has the advantage of the Balor Club. Having Karl Anderson and Luke Gallows behind him means that he can always be made into a threat, regardless of how he’s been used. Balor could always be moved to SmackDown and become a top guy there too, but there are more doubts over Vince McMahon’s perception of Balor than there are over his opinion of Rollins, so it would be with far less certainty of success that Balor would make the switch to Tuesday nights.

But gold always helps to establish a faction, and carrying the title would help give the good brothers a boost just as much as Balor. How many times have we seen factions become laden with championships, and how effective has that been each and every time? Balor winning on Sunday could be exactly what all three members of the Balor Club need.

The Miz has proven that he can make the Intercontinental Championship feel special again. He is clearly at his best when he has a trophy of some sort. Without a title he can be great, but when The Miz carries gold he seems like he is something special. It seems like the sky is his limit.

Overall, I think The Miz, despite having had a long stint with the IC belt over the last few years, still need to win the most. Balor and Rollins can both be very successful doing other things, and while winning certainly wouldn’t hurt them in any way, I suspect The Miz would actively suffer without it. And because of the lack of success he’s had in the build up, I think he’s due a win, however cheaply.

And let’s face it, the post-Mania promos of Miz gloating about the birth of his daughter and retaining the Intercontinental Championship will be so, grade A typical Miz. It will be fittingly must see for the man who’s approaching a record breaking title reign. That’s how I see this going, with the A-lister walking out of Wrestlemania still your Intercontinental Champion.

3 Comments on “Wrestlemania 34 Spotlight: The Miz vs Finn Balor vs Seth Rollins”