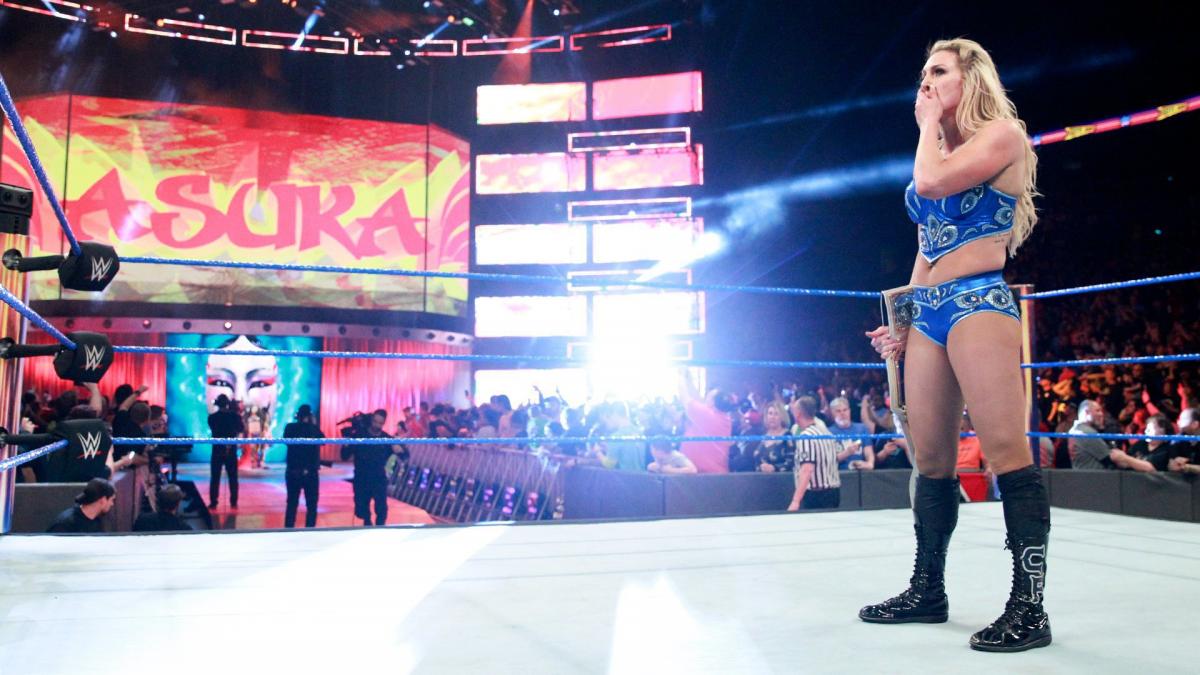 The last PPV before Wrestlemania was last Sunday night, and now we are officially on a one way street to the biggest show of the year! So how did WWE bring it’s focus round to Wrestlemania this week? Read on for all the highlights of the last week’s TV.

AJ Styles went into Fastlane facing insurmountable odds – or so WWE tried to tell us. The obvious Wrestlemania WWE Championship match has been AJ Styles vs Shinsuke Nakamura for months now, and Styles’ successful defence of his title set it up as expected. But the match was a fun one, full of action with some big spots. It was the most impressive Baron Corbin has looked in a long time, it furthered the Kevin Owens/Sami Zayn/Shane McMahon story (more on that later) and of course, AJ Styles retained to confirm the Mania dream match.

Charlotte vs Ruby Riott was fine, but it was severely hindered by the crowd’s obvious lack of belief that Riott could win. But the real story was after the match, when before Charlotte had a chance to celebrate her victory she was greeted by 2018 Women’s Royal Rumble winner Asuka. For weeks the tease had been that Asuka would choose Alexa Bliss, despite the rumoured match being Asuka vs Charlotte, and now the Empress of Tomorrow has made her choice. As the line up stands, it looks like it could be the second best match on the Wrestlemania card.

When I wrote previously that WWE were pulling out all the stops to try and get Roman Reigns cheered against Brock Lesnar, I wasn’t kidding. This time round they have Reigns get in the face of Vince Mcmahon himself at the gorilla position. It was the latest effort to make Reigns seem like he was shooting on the Universal Champion. I’m still not entirely convinced it is working, but the likely appearance of Brock Lesnar and Paul Heyman in Reigns’ absence next week could go a long way to telling us how this experiment is working.

Calling out The Undertaker

While this whole storyline of not having a Wrestlemania spot is a tad ridiculous, John Cena’s intensity has been a highlight of recent shows. So this week he finally directed a full promo at the Deadman, and it was typically great. I can’t remember the last time someone attacked the Undertaker’s character like Cena did. People have tried to get in his head, people have tried to get under his skin, but nobody has attacked Undertaker’s personality. I think that’s going to be the crux of this – if it was someone just going after the streak, or the Undertaker’s stature, he wouldn’t care. But Cena has made this personal, and that’s what will draw him back to the ring to face Cena at Wrestlemania.

A Monster Among tag teams

The main event of Raw was a battle royal to decide The Bar’s challengers at Mania, but surprisingly Braun Strowman entered the match and won. It remains to be seen whether Strowman will compete for the tag team titles in a handicap match, or whether Strowman will find a partner. But it was an intriguing cliff hanger for one of WWE’s biggest stars.

Shane McMahon making a Wrestlemania announcement was promoted for the whole show on Tuesday night, and it eventually turned out to be a double announcement. Shane made Kevin Owens vs Sami Zayn for Wrestlemania, and announced that he would be taking a leave of absence from SmackDown due to his conduct over the last few months. But before he could go, Owens and Zayn came out to complain about the match, and it wound up that the Wrestlemania opponents would team up to take Shane out before he could walk away. This is going to lead to Shane being in some form of a Wrestlemania match, but whether it’s a tag or a triple threat remains to be seen.

Pete Dunne vs Adam Cole. It’s a dream match, and it was impressive. But it also left the feeling that these two could do more, and that’s possibly even more impressive. This time out didn’t give us a clear resolution to the match, but the post match attack of The Undisputed Era on Dunne for one gives me so much hope of The Undisputed Era vs British Strong Style down the line (once Bobby Fish recovers from injury), but also suggested an uneasy alliance between Roderick Strong and Dunne to fight them off. With Tyler Bate and Trent Seven having to be removed from the Dusty Classic, and Strong campaigning to be added with a partner of his choice, perhaps Strong and Dunne will enter and earn a NXT Tag Team Championship shot against The Undisputed Era at TakeOver: New Orleans.

This was a good, productive, newsworthy week on the Road to Wrestlemania. And that was without appearances from Ronda Rousey or Brock Lesnar. Early indications are that the card will be stronger in depth than last year. Will the excitement level reach a similar peak? We’ve still got three weeks to find out!