Against the Attitude (Era) 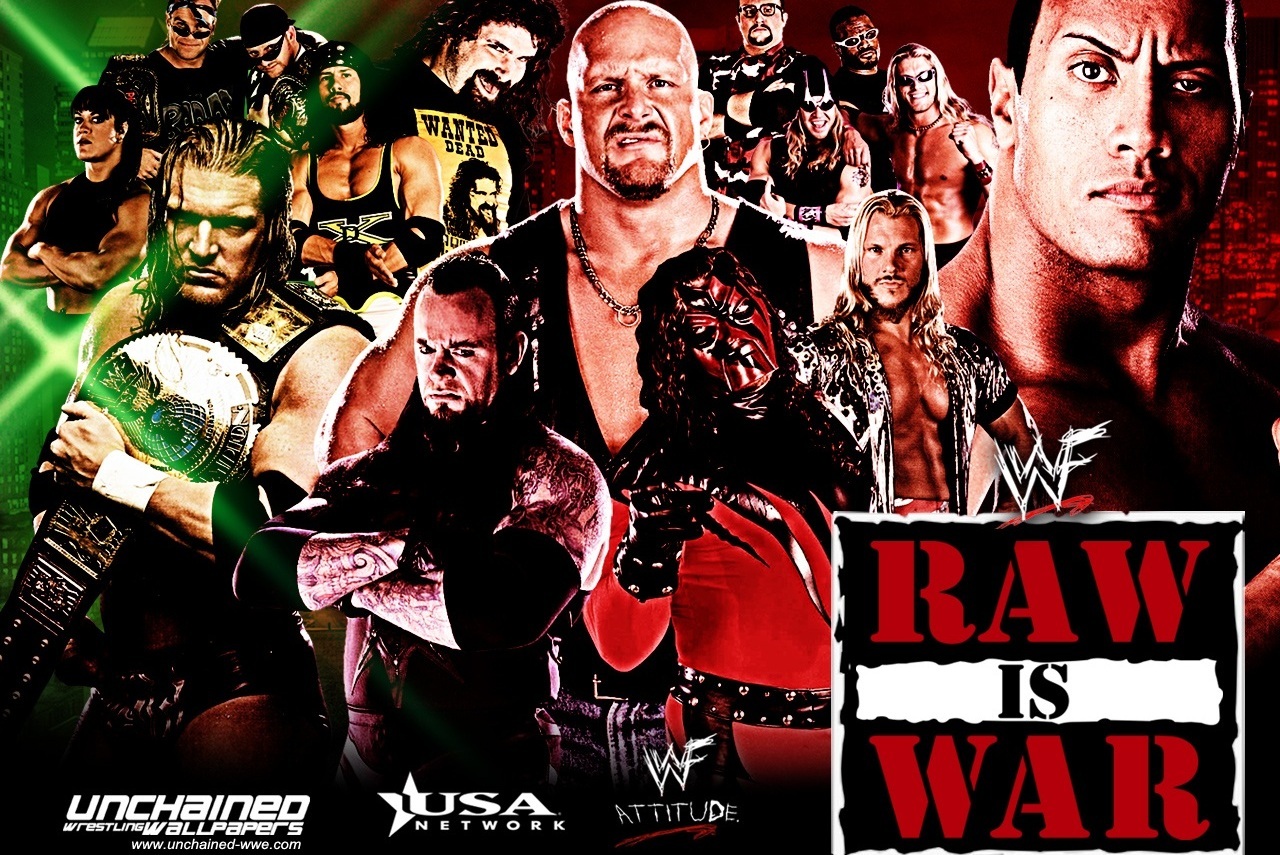 The Attitude Era was the most successful period in wrestling – at one point over 10 million people were watching WWE or WCW on a Monday night. We were treated to some of the greatest performers in the history of the business, some of the best storylines and the most memorable moments. And beauty of it all is that with the WWE Network, we can endlessly relive it.

The thing is, it wasn’t actually that good.

Hear me out. Being the wrestling obsessive and historian that I am, the old episodes of Raw were always going to be on the watchlist for me on the Network. And I have to say, I haven’t seen every episode yet. But I have seen all of 1998 and nearly half of 1999. I have seen Tyson vs Austin, beer truck 3:16, Dr 3:16. I have seen The Rock stage a coup in the Nation of Domination, become the corporate champion before becoming what seems to be the true people’s champion. I have seen Mick Foley make history, and the rise of Mr Socko. And most recently, I saw the reveal of the Corporate Ministry’s “higher power”.

I went into these episodes with the benefit of hindsight – I knew of all these iconic moments going in, but I hadn’t seen the week to week storyline progression having been 2/3 when they originally aired. But I have also seen things long since banished from fans’ memory.

Beaver Cleavage. Who, what and why? The alcoholism and death (?!) of Hawk. I really want to know who in the hell thought that would be a good idea. The heel turn of Jim Ross with “Dr Death” Steve Williams. Undertaker being chokeslammed into his parents’ casket. I found the latter two to be really uncomfortable viewing.

But it’s not just some of the bad angles I was subjecting myself to – every era has highs and lows. It was more the general booking and presentation of the shows that left me unimpressed. There have been a lot of shows now that have gone without a single match having a clean finish.

That hurts the performers, as they can’t put together a great match and really have a shining moment if it all descends into chaos three minutes in, often without any sort of conclusion at all. It also hurts its credibility. The fans won’t buy into a great match if they don’t think there’s a chance it’ll end with integrity. But most of all, it hurts the overall quality. Aside from the night Mick Foley won the WWE Championship for the first time, I really can’t remember a great match, or even a great reaction for a match, in the 17 months worth I’ve seen.

The crowd will pop for characters or angles, but not the wrestling they are theoretically there to see. But something that did shock me a little, and this may just be from someone who only really starting caring with the “Divas Revolution”, was the treatment and perception of women.

I’ve seen them bring back the Women’s Championship, and the title holders so far have been 2016 Hall of Fame inductee Jacqueline, Sable, and Debra. Didn’t know Debra wrestled? She didn’t. She won the belt by losing a bra and panties match. Yup. That’s the level of respect WWE had for the women involved and the division back then. It’s a far cry from Sasha Banks, Charlotte, Becky Lynch and Bayley today.

But the thing is, the crowd lapped it up. The biggest pops outside of Steve Austin in 1998 were for Sable, whose editions of Playboy broke records. I mean, often the only female representation on the show was the encouragement of thousands of people for Debra to expose herself, and the Godfather’s ho’s. Women were presented in what would today be an unacceptably sexist manner.

Don’t get me wrong, I’m not objecting to WWE promoting their divas as sex symbols in itself. It was a different time, and a lot has changed since then.  Who am I to argue when it brought them so much success? But I find it incredible to see how different what the crowd wants to see is today compared to then.

That time period is fondly remembered, and it is mostly with good reason. We had probably the most star studded roster ever, and it was undoubtedly the commercial boom Vince McMahon could only have dreamed of a few years earlier. The product was edgier, they would try and get away with more, and even though I am well aware of the damage they can do and why they were banned, there’s still a part of me that misses the impact of chair shots to the head. And gruesome though it may sound, blood could add so much to the storytelling perspective of a match.

But would I swap today’s product for the Attitude Era? I’m not so sure. We see far better spectacles inside the ring today. I’ve said similar things before, but in terms of being able to deliver high quality matches all the way through the card, 2016 may be the best roster WWE has ever had. The shows are stale now (for various reasons that could probably take up an entire article on their own), but when you compare it to 1998/99, you could say that back then they were looking purely at shock value for the sake of surprise, which isn’t always good either.

As I prefaced this entire post with, I’m still only midway through 1999. My gripes about the Attitude Era could all change when I watch 2000. I really hope they do. I know there are some magic moments that I still haven’t seen – Jericho’s debut, the rise of the tag team division and The Rock coming into his own as a face to name a few. But so far, Attitude Era Raws are leaving me with a lot to be desired.

← AJ Styles vs Roman Reigns – what could happen?
A Pioneering Style? →