AJ Styles vs Roman Reigns – what could happen? 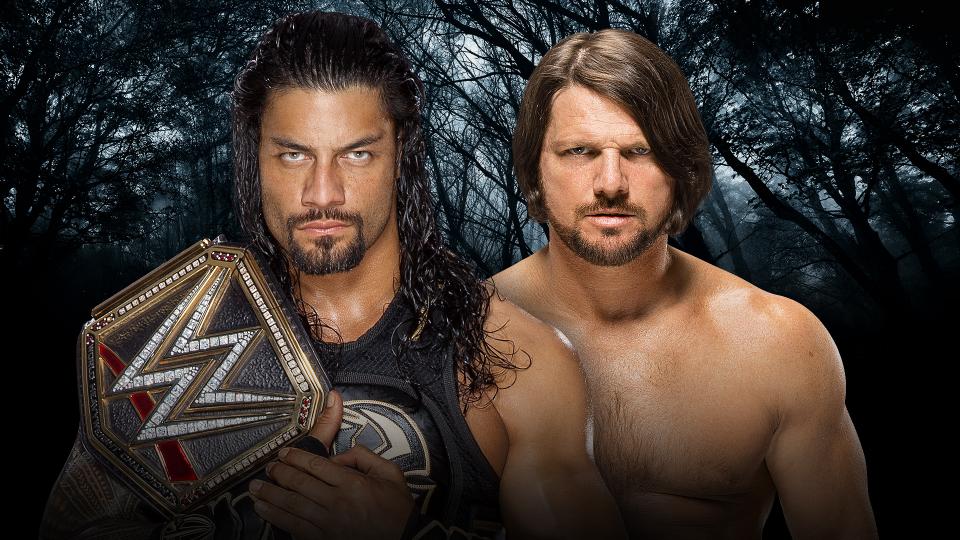 AJ Styles has been one of the highlights of WWE programming since his debut at this years’ Royal Rumble. Week after week he has been getting one of the biggest reactions on the show, and in the ring he has been very good. Tonight he faces Roman Reigns for the WWE Championship just a couple of months after debuting, but in the last couple of weeks the dynamic surrounding the phenomenal one has changed slightly.

As has been well documented by now, before coming back to America AJ was the leader of The Bullet Club in New Japan. When he left there, so did Luke Gallows and Karl Anderson, who have themselves made an impact on WWE programming since Wrestlemania. The question has been, will the Bullet Club reform in WWE to take Roman Reigns’ gold away?

I would argue, if that were to happen, it would be the worst possible outcome for Payback. Yes it would be cool to see those three align and dominate WWE, but I also think it’s the easy story to tell, and it wouldn’t play out over as long of a time as other potential scenarios. The main thing to come out of it for me would be the heel turn of Roman Reigns. That is, the official heel turn of Reigns. For me he has been heelish ever since Mania, but that would be the only option for him here.

You could have him be so angry that he has had yet another short title reign that he attacks The Usos and Dean Ambrose – those closest to his current character. He could just exaggerate what he has already been saying in the last month, and say he doesn’t care about the fans, he just wants the WWE Championship, and he’ll do anything to get it.

The second scenario that has been rumoured would also result in a Reigns heel turn, but it would happen in a very different way. This is the scenario where Gallows and Anderson turn on Styles and align with Reigns. This would probably be the most illogical of the possibilities I am laying out based on their lack of any sort of backstory, but it would be an interesting one to watch play out. 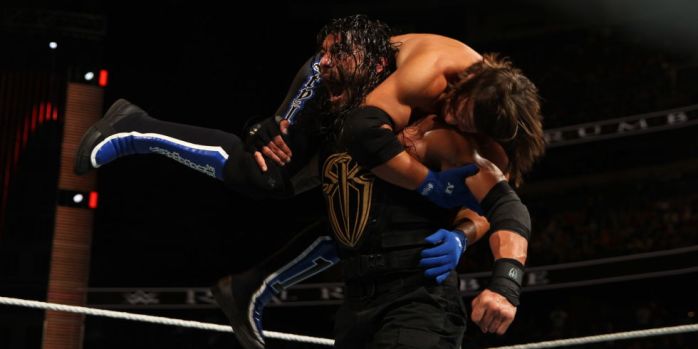 First of all, you have the betrayal of AJ Styles to watch develop. He would have to get past Gallows and Anderson to get back to a title shot against Reigns, and seeing him fight his former friends would be fun. Gallows and Anderson could be bitter about AJ getting to the WWE before them, even though when they left Japan they said they would make an impact together.

I think most interestingly for this one though would be the character development of Reigns. He would have to go full heel in this scenario, and there would be no shortage of challengers for his title. Ambrose would presumably at some point take issue with the actions of his former “brother”, John Cena is returning at the end of this month, Seth Rollins will be back in the summer and AJ Styles would of course have to get another shot at some point.

Reigns would be the outright leader of the group, which is something that was never a factor with The Shield. It would be easy for him to slate the fans for never having supported him, and he could easily be jealous of the ovations that the newcomer Styles was getting instead of him. And let’s not forget that when Styles debuted in the Rumble, it was Reigns standing across from him. Reigns heard the full force of that reaction, and he could use that as a motivation for turning against AJ.

My third and final scenario is also the one that interests me most, and the one I really want to happen. The final scenario is that Gallows and Anderson turn against AJ, but don’t align with Reigns. Instead, they would align themselves with the original leader of the Bullet Club: a debuting Finn Balor.

He’s just lost the NXT title to Samoa Joe, and though he’s still on NXT TV we have seen the likes of Kevin Owens do both for a short period of time before. It would be a simple story to tell – Balor can claim AJ’s success in Japan was down to his creation, and Styles was only ever riding his coattails. Again you could have the bitterness from all three members of the Bullet Club that AJ got to the main roster and made an impact first, only emphasised with Balor having toiled in NXT for the last two years.

The Bullet Club would have to be a heel faction. There is a gap for a heel trio (for now) with the League of Nations disbanding and the Wyatt Family turning face when everybody is healthy. Speaking of which, can you imagine the Bullet Club vs the Wyatt Family? It would be the most anticipated six-man tag match since the Wyatts took on the Shield.

The main downside for me is that if that were to happen, it would leave the WWE Champion looking like an afterthought. Though that may not be the worst thing if he is going to keep getting booed, because you don’t want to be closing shows with boos where you don’t want them. It would leave Reigns to face other challengers, possibly continue his tweener role, but he would have the potential to go full heel or otherwise as the situation demands.

As I said, the third and final scenario is the one I most want to happen, and I think there is a really good chance of it happening. Balor has just lost the NXT belt which is usually a sign that someone is about to be moved up, and he has already been in NXT longer than any of us expected him to when he first signed with the WWE.

Regardless of what happens though, Payback and it’s fallout has the potential to tell a very interesting story. I for one am excited to see where we are going next, and there’s a level of unpredictability now that hasn’t surrounded the WWE Championship for probably around a year now. That’s always a good thing, and it bodes well for the quality of shows we are going to get over the summer.

← The Return of… well… content
Against the Attitude (Era) →