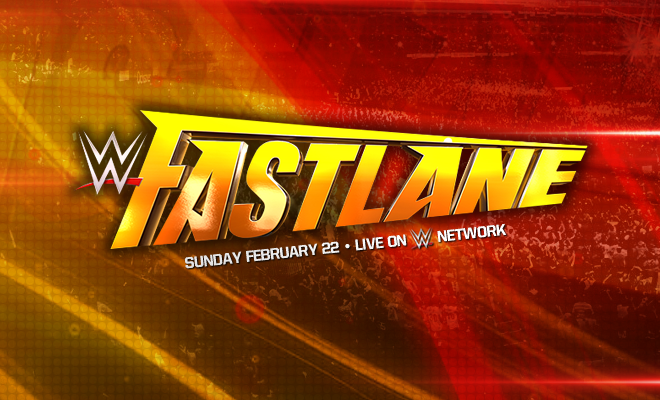 So we’re a month or so from the granddaddy of them all, therefore it must be the annual filler PPV. For the record I am massively in favour of scrapping PPVs named after matches ie. Elimination chamber, TLC, HITC, as I think it restricts the creative possibilities of using these matches at other points of the year when they could have meaning in feuds.
This one is their newest offering, Fastlane. I don’t mind this card at all really as I always see it as the only PPV that will genuinely continue the longevity of big storylines that were started at the Rumble.
Feeling slightly more optimistic about this one so we’ll crack on. Once again though I’ll be sticking with the whole philosophy of putting as much effort into the writing as they have.

A. I like that Paige is back in the title picture. I did think for a while that Natalya could finally get a chance at Wrestlemania, but no, they’ve gone back to Paige. I do think she will win the belt soon, but I’m not sure if it will be here or Mania. That would make her a three-time Divas Champion within her first year on the main roster. I can’t remember anyone else having that much success that quickly. Great signs for Paige. I have a scenario in mind with the Divas Title that I will flesh out in the Mania predictions, but because of that I’m going with Bella retaining here, most likely with Brie getting involved.

M. I watched the NXT rival show last week and it was fantastic! They are doing some fantastic things down there that puts the main roster to shame. Not that it’s entirely their fault due to booking and 25 min promos. I am very very impressed with the divas down there and as a result can’t bear to watch the main event matches anymore. Even Paige isn’t saving it at the moment. Genuinely any 1 of the 4 divas in the match at Rival could have won and that was intriguing as they are booked strong and they are talented so people would invested in whoever it was. Here it’s a much different story. Nikki will retain probably as…………well I don’t know. There’s no advantage to either winning. 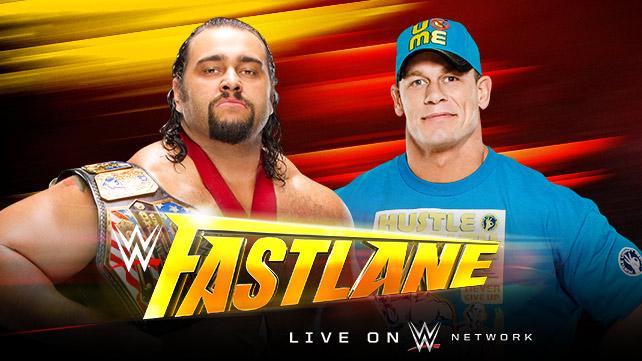 A. This is a very interesting match-up. It’s obviously difficult to bet against Cena most of the time, but on the other hand it seems fairly random to suddenly have him wrestling for the United States Championship, and I can’t see Rusev losing either – yet. For me the build to this has been quite well done, this is the kind of thing that would have suffered from overexposure, but it hasn’t fallen victim to that. My dislike for Rusev is well-known, but I will be watching this match with a lot of interest. The booking of both guys over the next two to three months will be extremely interesting to watch.

M. Love it. Unlike Andy, I believe in Rusev. I like the undefeated thing and think it’s a brilliant plot device to get him and his eventual conquerer over massively. HOWEVER, that should not under any circumstances be John Cena!! It would be a waste in my eyes of a year + of build. Think of the massive push someone like Ziggler or Ambrose or Rollins would get if they were the ones to end his streak. Cena needs not nor warrants not the opportunity to do such a thing. Anyway, despite this, I do not think it’s likely to happen here. I don’t really see anything other than a count out, or DQ here, because Cena ain’t losing. 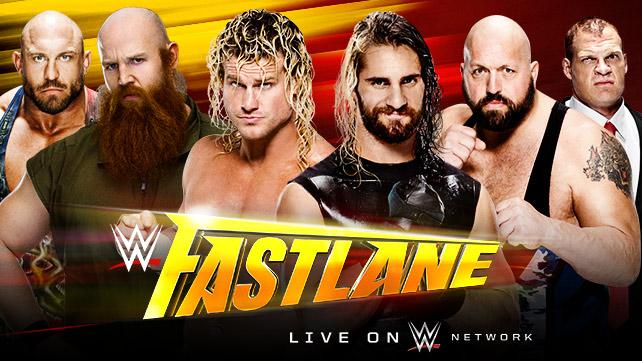 A. This match could just as easily have been Ziggler vs Rollins, and that would have gotten people far more excited. That kind of leads me to think that these two will face off at Mania, in what would be a great match that makes sense. But that’s unlikely because of someone else slithering back into the fray. I’m not even sure it matters too much who wins here, but based on the balance of the show I’m going to go for the heels.

M. Meh. Thrown together at the last minute, although to be fair I saw it coming. With Rollins and Ziggler involved, we should get a good show. I, going with Rollins to win here over Ziggler, just based on Ziggler beating him at survivor series. I figure they’ll go 1 all here and move for a rubber match at Mania. Where I suspect Rollins may be involved somewhere else……?
The others in this match are unfortunately just there.

A. I fully expected this match to happen at Wrestlemania, so I’m a bit surprised the trigger has been pulled on this so quickly. I feel like the segment with Dusty could have happened here, if only on the pre-show. I think Stardust has to win here. Goldust looks to be retiring in the very near future, and the best way to put Stardust (I don’t think we’ll be calling him that at the next predictions by the way) over is to have him dominant.
Prediction: Winner – Stardust by pinfall

M. I was sure they were saving this for Mania but what the hell. Obviously Goldust is going soon so there’s really only one winner. 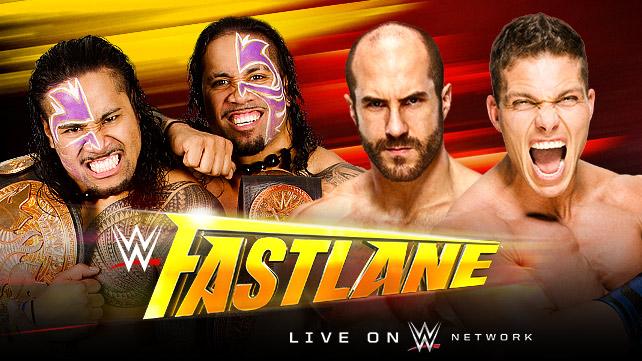 A. Just let these two battle it out for the next few months. The match quality should be great, all four guys know what they’re doing and the chemistry looks like it’s there. I like that they’ve brought Naomi and Natalya into the mix too, it makes sense to do so, and can add a different dimension to this rivalry that can make it last a bit longer. I can actually see Cesaro and Kidd becoming champions, but again, maybe not quite yet.

M. I can see a great match happening here. 2 good teams with similar but different dynamics. Kidd and Cesaro have a different heel vibe about them that I like. I don’t think they’ll win the titles yet but maybe at Mania.

A. I love that Ambrose is going for the IC belt. His reasoning for it should put over the prestige of the belt too – he wants to wear it because so many legends have had it. It’s that simple, but it works. Here’s the thing – I think every title in the WWE is going to switch hands at some point over the next two months or so, it’s just a case of when. I think Cena’s going to win the US belt, Paige will win the Divas title, Cesaro & Kidd will become the Tag champions, Lesnar will relinquish the WWE WHC at Mania, and Ambrose will become Intercontinental Champion. But they will be a mix of here, Mania and the night after. It’s just a case of picking who will win what when. I think Ambrose will win here, but it may not happen till Mania.

M. I like Barrett, I think he’s a decent performer that has a bit of edge about him. Why he isn’t up the card a bit is unlucky I think. Of course being IC champ probably didn’t help much but a good feud with Ambrose certainly will. I expect Ambrose to pick up the gold here and I hope they build a good rematch for Mania as they have good contrasting personalities that play well off each other. 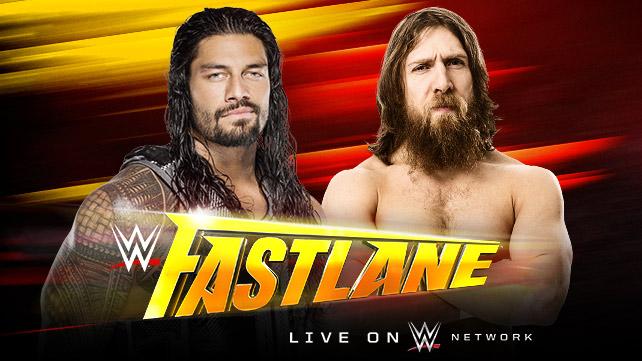 A. This has to be the toughest one to call on the card. Any of three potential outcomes are extremely possible. I wrote an article right before the Royal Rumble about which of these two should win, yet here we are again with the same dilemma. This time I think Bryan has much more of a chance, because the very fact that we are in this position shows that there are some doubts over Reigns. I think the issue with Reigns is that some crowds are still very much pro-Reigns, but some crowds – like the Rumble, and presumably like the Wrestlemania crowd – are so against him it’s unreal. It took a year for him to go from the badass, new era alternative to the next John Cena. Throughout that time, Bryan has still been the most popular man in the company despite being injured for a lot of it. Then there are the rumours that Vince has given the go ahead for a triple threat match at Mania featuring both of these guys. My issue with the whole situation is that I can’t see where either man would fit into the Wrestlemania card if they lose tonight. So to me, neither can lose. It’s not often I go for a DQ or countout finish, and I can’t remember ever going for two in one card, but I think WWE have booked themselves into a corner – it has to happen.

M. Now this one is tough. There are a few ways to go here; If Reigns wins then they risk a backlash again, if Bryan wins then the Rumble meant jack shit, if it’s a draw then we have another triple threat like last year. As much as it would be fun to see, I don’t think the 3 way is the way they go here. If they give it to Bryan then that means that 2 years in a row, he has walked into the title match at Mania without technically earning it. It’s dodgy for it to happen again as it would open up a precedent for future years. If they give it to Reigns then they will boo him and push to get Bryan reinstated, however, I just feel that this is the way they have to go. I would like to see them turn Reigns here though and push him full heel. It would make sense and would counter all the bad vibes. Lesnar is so over that he could easily play the face role at Mania and lose. It’s a no brainer for me so that’s what I pulling for. Just as an extra point, this whole Daniel Bryan controversy wouldn’t be happening if the writers gave him something worthwhile to occupy him! Why not give him Rusev? Or Rollins? Just a side note. Anyway,

There we go. Almost time for mania and this should serve as a good filler. A few good matches on show here and of course I will watch the reigns/Bryan match with baited breath.